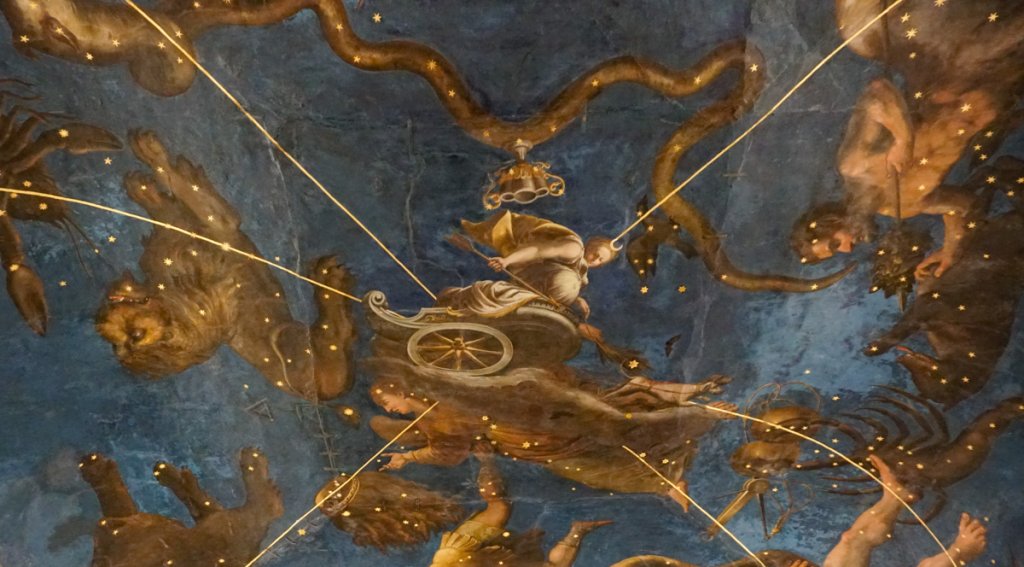 Located in the Lombardy region in northern Italy, the historic city of Mantua is fabled for its understated charm and fabulous food. The city makes for an easy day trip from Bologna, Verona, or Milan. Read on to discover the best things to do in Mantua, Italy!

Also known as Mantova, Mantua is not on the popular tourist trail. But for the discerning traveler, the city, with its medieval cloak still almost intact, is an intriguing destination.

A former Italian Capital of Culture and European Capital of Gastronomy, Mantua’s historic center was designated a UNESCO World Heritage site in 2007, along with the nearby town of Sabbioneta.

Mantua is well worth visiting for its art and architecture, its fabulous food, and its relaxed ambience. The city’s setting, within the lakes that encircle it, make Mantua feel very much a medieval city. Visiting Mantua is like taking a step back into history.

The Best Things to Do in Mantua

The powerful Gonzaga family ruled Mantua from the early part of the 14th century until the start of the 18th century. Under the Gonzagas, art, architecture, and music flourished in Mantova.

Mantua has some stellar sights that are more than enough to keep you happily engaged for the day, but no overwhelming list of attractions to check off. One day in Mantua is perfect to savor the essence of the medieval city.

Here are the best things to do in Mantua, in one day:

The Ducal Palace in Mantua is grand: a mini city within a city!

A complex of buildings with several hundred rooms, its own church and bell tower, beautiful courtyards, towers, and gardens, the Palazzo Ducale was constructed between the 14th and 17th centuries.

The Castello di San Giorgio, with it four towers, is a part of the complex that you must not miss, because it houses the Camera degli Sposi (the bridal chamber).

The room is famous for its frescoes, painted by Andrea Mantegna. Mantegna was the court artist at Mantua in the latter part of the 15th century.

The castle courtyard is gorgeous, with views of the bell tower of the Church of Saint Barbara and the towers of the castle.

Walk through the many beautiful rooms in the main palace. Many feature ornate ceilings and beautiful works of art, including tapestries. The arched passageways also have lovely painted ceilings.

One of the must-sees is Constellations with Diana, a beautiful blue zodiac ceiling fresco painted by Lorenzo Costa, Mantegna’s successor as court artist. We have a photo of it at the top of this article!

Admire the courtyard with the orange trees, the formal gardens, and inner courtyards. View the Church of Santa Barbara, which was used as the Palace chapel during the time of the Gonzagas.

If you love art and history, consider a private guided walking tour of the Palazzo Ducale, to learn as you explore. We loved the details pointed out to us by our knowledgeable guide on this tour.

#2 Relax for a bit in the Piazza Sordello

Just outside the Palazzo Ducale is the historic Piazza Sordello, where you can rest for a bit with a drink at one of the restaurants. The square is a great spot for people watching.

Piazza Sordello is the oldest square in Mantova. One entire side of the huge square is lined by the Palazzo Ducale. The square also houses the Mantua Cathedral, with its light late baroque facade.

Look for the 13th century Torre della Gabbia on the southwest corner of the square. The cage dangling from the tower was once used to house prisoners.

#3 Be awed by the Basilica di Sant’Andrea

The Basilica di Sant’Andrea is the church to visit in Mantua. In medieval times, pilgrims would come here to view a vial believed to contain drops of Christ’s blood collected during the crucifixion.

Begun in the 15th century under the patronage of Ludovico III Gonzaga, the church was only completed three centuries later. It has a fabulous arched entrance, a huge interior, and a large dome.

The interior is beautifully decorated, and you will find several works of art as well as the tomb of Renaissance painter Andrea Mantegna.

Standing in the Piazza delle Erbe, Mantua’s Torre dell’Orologio is gorgeous. The tower was built in 1472, and the astronomical clock was designed by Bartolomeo Manfredi in 1473.

The clock, one of the first mechanical ones ever made, was designed to show not just the time of day but also the phases of the moon, the positions of the planets, and the passage of the sun through the signs of the zodiac. Beneath the clock is a statue of the Virgin Mary.

When the tower is open, you can go to the top to see the clock mechanism. You also get great 360-degree views from the windows at the top!

Also in the Piazza delle Erbe you will see the beautiful red Rotonda di San Lorenzo, the oldest church in Mantua. Built in the 11th century, the church has since been deconsecrated.

The Romanesque facade is graceful in its simplicity. The circular design is said to have been inspired by the Church of the Holy Sepulchre in Jerusalem. Inside you will see some beautiful Byzantine frescoes.

#6 Step into the Teatro Bibiena

Famous as the theater where Wolfgang Amadeus Mozart performed at the age of 13, the Teatro Bibiena is gorgeous. The late Baroque / early Rococo theater is intimate in size, holding an audience of just 363 people.

The bell-shaped theater is beautifully decorated, in shades of brown, white, red and gold. The architecture is stunning. Step inside and take in the beauty, and imagine what it must have felt like to sit in this beautiful spot to hear Mozart perform!

Mantua’s historical center is pretty and very walkable. Wandering the streets is one of our favorite activities in any European town, and Mantua didn’t disappoint as we strolled around.

Admire the beautiful architecture, pop into any churches that are open for a look around, and take in the lively squares, where you will see more locals than tourists.

#8 Take in the beauty of Palazzo Te

Palazzo Te is a bit of a walk from the Piazza delle Erbe, but it is worth the effort, especially if you enjoy art. Built in the 16th century as a leisure palace for Federico II Gonzaga, Palazzo Te was designed by Giulio Romano.

Sadly, the palace was looted in 1630, so the rooms are empty. But the reason you should visit are the beautiful frescoes that adorn the walls of the palace.

The richness of the colors, the expressions on the faces of the figures in the frescoes, and the story being told in the Room of the Giants will keep you staring. My husband literally had to drag me from the room!

#9 Take a walk by Mantua’s lakes

Mantua is fringed on three sides by three artificial lakes, created in the 12th century as part of the defense system. The lakes are fed by the Mincio River. There was a fourth lake that completed the circular defense system, but it has since dried up.

Today you can take a walk (or ride a bike) along the waterfront. Depending on the time you have left, you can walk as much or as little of the path as you like.

In the summer, hundreds of pretty pink lotuses bloom on the lakes. That’s a great time to take a boat tour!

One of the absolute best things to do in Mantua is to enjoy the fabulous food on offer. If you like sardines or anchovies, try the local bigoli pasta tossed with the fish, garlic, and olive oil. My husband says it is one of the most flavorful meals he had in Italy.

As a vegetarian, I had ravioli stuffed with pumpkin. It tastes slightly sweet and salty at the same time, because the stuffing includes pumpkin and crushed almond cookies along with parmesan cheese and a hint of nutmeg. It is delicious, and very rich because it arrives swimming in butter. We also tried spinach-stuffed tortelli, and that was delicious too.

For dessert, try sbrisolona, a crunchy torta made from toasted almonds with a hint of orange. It tastes perfect with coffee or with sweet dessert wine, or on its own.

#11 Snap a quick photo of one of Mantua’s canals

Like many other cities and towns in northern Italy, Mantua has a few canals, left over from the time they were used to facilitate trade. We passed by one of the pretty canals in Mantua on our way from the train station to the historical center.

The canals are very picturesque and make for beautiful photos, so stop to snap a photo if you pass one!

Mantua is located in the Lombardy region of northern Italy and you can drive or take the train to arrive in the city. Mantova is an easy day trip from Bologna, Verona, Venice or Milan, so be sure to add it to your itinerary for northern Italy!

Looking to rent a car for your Europe trip? Discover Cars offers you the ability to compare availability and prices across many major car-hire companies. Pick the car that best meets your needs!

You can travel from Verona to Mantua by train in just 45 minutes, and from Venezia Santa Lucia to Mantova in about 2 hours and 30 minutes.

You can walk from the train station in Mantova to the Piazza Sordello in about 15 minutes, or you can take a taxi or the local bus.

To book bus and train tickets for Europe, consider Omio. I found the booking experience easy and hassle-free. They do charge a nominal service fee but I thought it was well worth the convenience! Plan out your itinerary and book all your tickets at once and you’ll pay the fee just once.

The historic center of Mantua is compact and walkable, and in fact walking is a great way to experience the laid back ambience of the city. Note that the center is a pedestrian only zone, but you can rent bikes if you do not want to walk.

The best time to visit Mantua

Spring and fall are great times to visit Mantua, because the weather is pleasant for wandering outdoors. Summers are hot and humid, and winters gray and cold.

Crowds are not really a huge concern in Mantua any time of year, since it is not on the main tourist trail.

So there you have it: my suggestions for the best things to do on a day trip to Mantua, Italy. If you haven’t yet visited, why not add it to your itinerary for your next trip to Italy?

And if you are currently planning a trip to Italy, check out my 3-week Italy itinerary that’s perfect for your first visit to the country, and all my articles in the Italy guide.

More information for your visit to Italy

Did you find this article informative? Pin it for later reference! 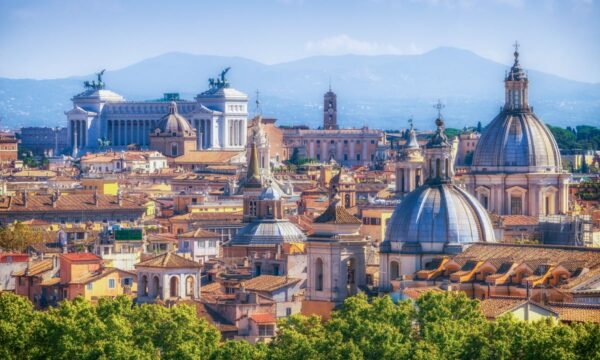 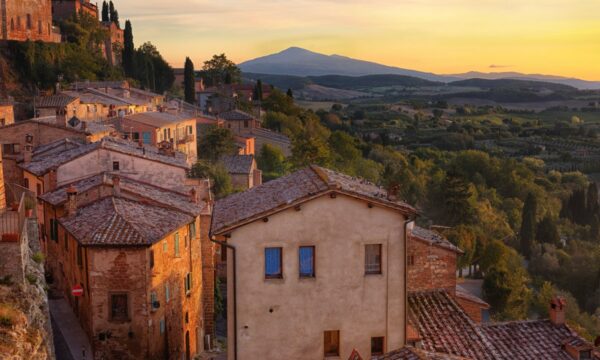 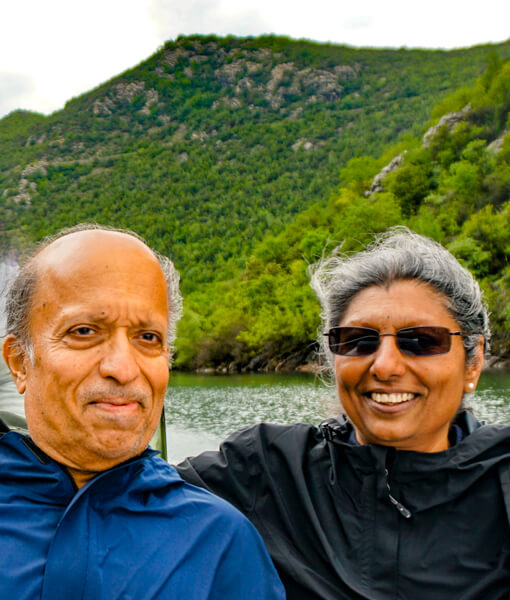