Part of San Juan’s National Historic Site and part of a UNESCO World Heritage Site, Castillo San Cristobal is worth visiting for its fascinating history, its military architecture, and stunning views over the city and over the Caribbean Sea.

In fact, together with El Morro, San Juan’s other historic fort, exploring Castillo San Cristóbal should be at the top of your list of things to do in Old San Juan.

And don’t forget your camera: you’ll find lots of beautiful photo spots everywhere in the fort.

The History of Castillo San Cristóbal

San Juan was a prize coveted by many European nations during colonial times. Spain built a chain of fortifications to protect the city and harbor from other nations.

While El Morro was built by Spain to protect San Juan against attacks from the sea, Castillo San Cristobal was built to protect it against land-based attacks, after the Dutch attacked and captured San Juan from the land side in 1625.

Covering an area of about 27 acres, Castillo San Cristobal is the largest fort built by the Spanish in the New World.

The fort, which was originally just a redoubt, sits on top of a hill, about 150 feet above sea level.

Although work on the fortification occurred over a period of 150 years, major construction began in 1766 and the fort was completed in 1783.

The completed fort encircled the entire city of San Juan, which remained walled in until the end of the 19th century, when a part of the walls was demolished to allow the city to expand.

In 1797, British troops (the largest contingent ever to attack a Spanish colony in the New World) attacked San Juan from the land side, and Castillo San Cristobal helped ward them off.

On May 10, 1898, a shot from a cannon at Castillo San Cristobal marked the beginning of the hostilities between the United States of America and Puerto Rico.

With that shot, aimed at a US battleship, Puerto Rico had entered the Spanish-American War, and the two sides spent the rest of the day exchanging fire.

The Spanish-American War ended with the Treaty of Paris, when Puerto Rico became a US territory.

During World War II, Castillo San  Cristobal served as an active US military base, with the addition of an underground bunker that served as a control center.

In 1961, the US Army turned Castillo San Cristobal over to the US National Park Service, to be preserved and administered as a museum.

In 1966, the San Juan National Historic Site was added to the National Register of Historic Places, and in 1983, the historic fortifications of San Juan were designated a UNESCO World Heritage Site.

What to see at Castillo San Cristobal

With three levels of fortifications, a deep dry moat on the land side, cisterns to store water, and a system of tunnels, Castillo San Cristobal makes for a fascinating wander if you enjoy military architecture and history.

And the views are the icing on the cake!

If you walk to Castillo San Cristobal via the road along the water, you’ll enter the fort through the side entrance. Pause for a bit to stroll the courtyard outside and take in the views before you go in.

The main gates into the fort are further along the road. Vehicular traffic can enter the fort via the main entrance.

While both entrances are impressive, the smaller side entrance, which opens out into the main plaza, is much more picturesque.

The bunker built by the US Army in 1942 is the site of the Visitor Center at the fort, at the lowest level. There’s also a theater here, where you can watch a film about the park.

Once you go to the first floor, you’ll be in the beautiful main courtyard of the fort. This courtyard was where military drills were held.

The covered passageway to the left as you enter has a beautiful Instagram spot with richly colored textured walls and an old wagon.

Along the periphery of the main courtyard are several rooms featuring ports for cannon.

With thick bombproof walls, the rooms bring home the fact that you are in a formidably strong fortress. They housed living quarters, kitchen, and storage areas. Here also you will find the modest chapel.

One of the fascinating aspects of San Cristobal are the five large underground water cisterns, located under the main plaza. The cisterns were built to catch and store rain water, and are still in use, with the water used to maintain the park.

From the main plaza, a long tunnel leads out onto one of the terraces of the fort. As you walk the tunnel, keep your eyes peeled for a little side passage, which used to be a dungeon.

Here you will find an old drawing of a ship, possibly made by a prisoner a long time ago.

Castillo San Cristobal features six underground passages, called galleries. They were used to keep soldiers protected during attacks, and to safely move soldiers from one part of the fort to another.

From the upper terraces of the fort, enjoy panoramic views over Old San Juan. Beyond, you’ll see the Capitol building, and the highrises of San Juan.

From the eastern viewpoints, admire the views of the colorful houses of La Perla. Beyond, you will see the Old San Juan Cemetery, and El Morro.

Wander the terraces to appreciate the massively thick walls, and snap photos of the stacks of cannonballs. Admire the flags of the USA and Puerto Rico, and the Cross of Burgundy flag, as they flutter in the breeze.

The garitas, or sentry boxes, offer fabulous views of the water. You can walk right into one of the boxes and peer out exactly like the sentries did in colonial times. Very cool!

Also, from the eastern viewpoints, you can see La Garita del Diablo, the lone sentry box built down at the water level, jutting out into the sea.

Built in 1634, this sentry box is one of the oldest parts of Castillo San Cristobal.

There are many information boards and plaques located all around the fort. Take the time to read them: the history of the fort and the city is fascinating.

Where is Castillo San Cristobal located?

Castillo San Cristobal is located on  Calle Norzagaray in Old San Juan, the historic district in the Puerto Rican capital. It is sited on a hilltop overlooking San Juan Bay.

Getting to Castillo San Cristobal

If you are staying anywhere within Old San Juan, you can walk to Castillo San Cristobal. You can also ride on the Old San Juan Trolley, which is free and drops you right at the entrance to the fort.

From other districts in San Juan, you can drive yourself or take a taxi or an Uber to the fort.

If you arrive by car, park in the parking garage located on Calle Norzagaray, under Plaza del Quinto Centenario. From the parking lot, you can walk to Castillo San Cristobal in about 5 to 10 minutes.

If you have an America the Beautiful National Parks pass,, it covers admission to both Castillo San Cristobal and El Morro, so remember to take your pass with you when you visit!

Don’t have a pass yet? Buy one online at REI! It’s valid for one year and pays for itself if you plan to visit several parks during the year.

How much time should you allow at Castillo San Cristobal?

Allow at least two hours to explore Castillo San Cristobal. We spent about 3 hours, walking around enjoying the views, and reading all the interesting information boards.

Check about ranger-led tours scheduled for the day you plan to visit, to maximize your time at the fort. If you have more time to spare after the tour, you can wander around some more on your own and take photos.

Castillo San Cristobal is built over three levels, and there are steps, ramps, and narrow passages and tunnels.

Wear comfortable walking shoes. Also carry a windcheater or light jacket: the breeze on the terraces is pretty strong.

Inside the main entrance, you will find accessible restrooms and water fountains. There is also a bookstore here, and the theater where you can watch the film about the National Historic Site.

From the main entrance, you can take an elevator to the main courtyard on the first floor. Upper levels can only be accessed via steep ramps. The side entrance to the fort, on Calle Norzagaray, is also accessible, but the ramp is fairly steep.

As one of Viejo San Juan’s top attractions, Castillo San Cristobal tends to get crowded during the day, especially if you visit during the peak season (mid December through mid April).

Visit early in the day for fewer crowds in season. We visited El Morro first, at opening time, and had it almost to ourselves.

By the time we arrived at Castillo San Cristobal, there were quite a few other visitors, and we had to wait our turn to enter the sentry boxes for photos.

The San Juan National Historic Site, which includes Castillo San Cristobal, is generally open every day from 9 a.m. until 6 p.m., except for Thanksgiving, Christmas, and New Year’s Day.

Where to stay in Old San Juan

We stayed in the historic Hotel El Convento. The lovely old hotel is located in the heart of the historic district, convenient walking distance to most sights in the old city, including Castillo San Cristobal.

Rooms are spacious, and furnishings elegant. We felt pampered, with turndown service and an evening reception with quality wine and cheese. You will love the rooftop pool with its beautiful views, and the courtyard restaurant is a happening place come evening.
Book a stay here

So there you have it: my guide to historic Castillo San Cristobal in San Juan, Puerto Rico! Have you visited? I would love to read your thoughts, if you have: comment below to respond!

If you haven’t yet visited, I hope you plan a trip to San Juan soon! And if you are already planning a visit to Puerto Rico, yay! Check out my Puerto Rico itinerary for a memorable first visit to the beautiful Caribbean island!

Also check out our other in-depth guides for other famous sights around the world:

Did you find this article informative? Pin it for later reference! 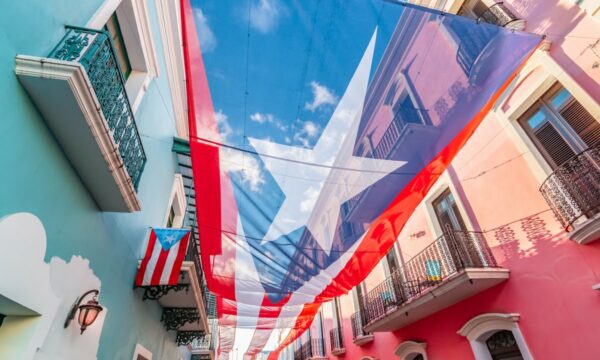 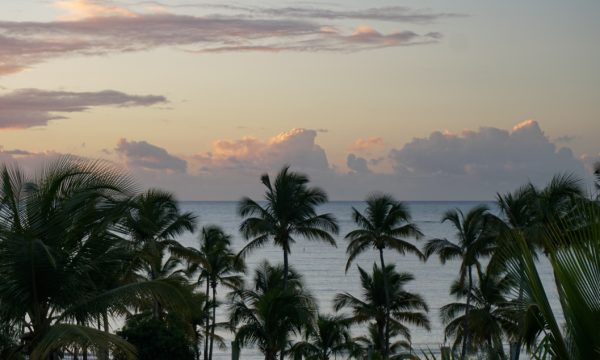